Posted By Buckle Packaging
24 May 2017
Events

The excellent current season for summer crops has contributed to a new record of 78 648 visitors during Grain SA’s recent NAMPO Harvest Day. The visitor’s positivity was inspiring and many of the more than 700 exhibitors reported that their businesses benefited greatly.

“This time last year, producers in the midst of the worst drought in decades were encouraging each other and  exchanging plans during the NAMPO Harvest Day. This year we shared each other’s joy with the promising harvest at hand,” said Jannie de Villiers, Chief Executive Officer of Grain SA.

“The public enjoys the warm-hearted atmosphere and yearns for information on how the agricultural industry can assist to unfold the future. Members of a European trade delegation visiting the Harvest Day even referred to the family spirit and sense of security they experienced between Harvest Day visitors.”

NAMPO’s main objective is to connect farmers and suppliers, but the importance of networking and the forming of partnerships and relations is a key factor, without which the agricultural industry cannot survive. Various visitors from Africa, neighbouring countries and local politicians were received and addressed by Grain SA during the Harvest Day. International visitors who are looking for local partnerships and distribution opportunities are also a common sight at the Harvest Day.

The goal of bringing urbanised consumers closer to agriculture has been actively promoted when broadcasters of the business channels 702 and Power FM broadcast live from the Harvest Day. These outside broadcasts have joined other reputed radio stations and print media that have already been well incorporated into the agricultural family. This year’s Nation in Conversation panel discussions importantly concluded that the title deeds which still remain in government’s hands is a major point of challenge for progressing with land reform.

According to De Villiers, the new Harvest Day management team did well and even introduced some new additions, which included:

After a two-year absence, the women’s program was back with a bang at the Harvest Day, with the new location and format providing for excellent attendance.

Attendance of performances at the new obstacle course for four-wheel motorbikes, motorcycles and side-by-side’s increased from a slow start on the first day to a solid attendance for the rest of the week.

The popular Young Auctioneering Competition stretched over three days, with auctioneers from the USA, Argentina, Namibia and South Africa competing against each other. Grain SA would like to congratulate winner, Steven Mathews who flew South Africa’s flag high. A corporate challenge made for good entertainment when exhibitors even tested each other’s auctioning skills.

According to the exhibiting livestock societies, the drastic decline in the prices of exotic game and the recovery after the drought has resulted in a strong demand for bulls/rams and females.

Action in the livestock arena

The youth show, bequests and horse shows attracted a great deal of feet daily to the livestock arena.

During the four days, 343 light aircraft and 82 helicopters used the NAMPO runway. Groups of visitors who make use of chartered flights become more prevalent each year. An aircraft maintenance exhibitor was also part of the facility for the first time.

“The development of the eastern side of the park was completed in time for NAMPO 2017. The magnitude of the Harvest Day is currently at a level where the focus will be on further improvement of infrastructure, exhibit competitiveness and additional accommodation in the immediate vicinity – rather than enlarging the show. We want to demonstrate to producers that expansion is sometime vertical and not necessarily horizontal. The Harvest Day  therefore  offers something to everyone in agriculture: from a 1ha farmer to a mega producer, with emphasis on innovation, new technology, value adding and sustainability,” said Cobus van Coller, Harvest Day Committee Chairman.

The public road network to and from NAMPO Park outside Bothaville remains a concern for Grain SA. Despite various consultations with authorities – and although the show is a financial injection for the Free State and environment – the poor state of the district’s roads are regrettable.

Next year’s NAMPO Harvest Day is scheduled for May 15-18. Visit the website for more information at www.grainsa.co.za or www.nampo.co.za or find out about social media. 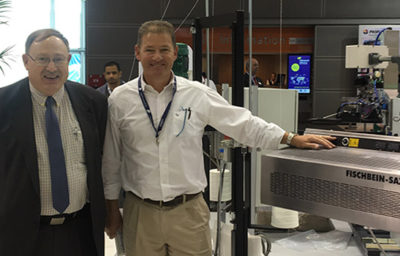 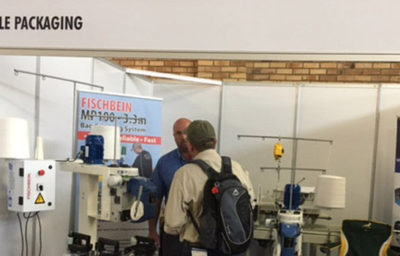 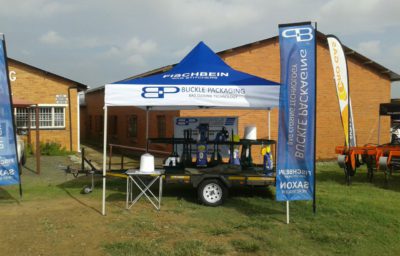 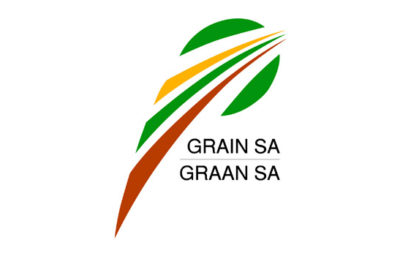